skip to main | skip to sidebar

t-post your mailorder tee shirt began in 2004...an interesting concept which i had to post and a nifty idea they had the idea of trying to re-wire the structures of news communication.

as noted on streetwear-websites.com with picture
Subscribing to T-post is a lot like having a subscription to a magazine but instead of receiving magazines in your mailbox - you receive T-shirts. As a subscriber you receive a new t-shirt every six weeks based on a current news item. The topic is interpreted by select designers and the written story printed on the inside. 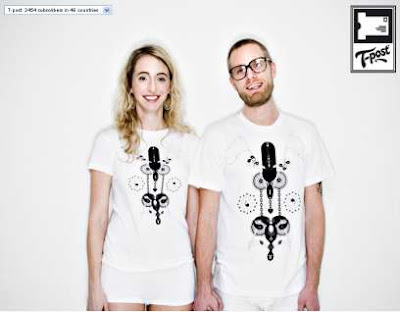 I would like to see the story on the inside - its noted on the website but the pics dont show it on the inside which is a little shame but i still like the concept for innovation and a new way of thinking and taking the staple tee which is a big story teller to a new level. Like it!

Promote Your Page Too